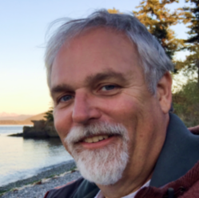 Peter Lemme has worked in the aviation technology industry for nearly four decades. He is an accomplished president, chairman, founder, and blogger who brings world-class leadership that integrates multiple suppliers, service providers, and regulators.

Peter began his career at Boeing Commercial Airplane where he spent 16 years and left as Manager of Terminal Area Projects.

He has since worked for many companies specializing in aviation technology, including Tenzing Communications, Totaport, Mobile Prime Time, and AirCloud.

His contribution to aviation technology also includes many voluntary roles. Peter is member and past chairman of the Ku/Ka-band Satcom Subcommittee at SAE-ITC/AEEC and is also member of the Network Infrastructure and Security Subcommittee. He is an avid blogger on satcom.guru, which provides access to aviation communications technology and news.

Through successive projects, Peter has continued to assemble diverse teams that are able to overcome a myriad of technical, economic, strategic, regulatory, and organization challenges.

Peter brings deep technical skills to many disciplines, combined with a product-focus that balances the needs of the customer, the partners, and the company, maximizes competitiveness, success, satisfaction, and economy, whilst engendering a goal-oriented, collegiate, and fun approach to team-building.